NEW from CHRISTOPHER ALAN BROADSTONE –– SUICIDE THE HARD WAY: And Other Tales From The Innerzone!

" Christopher Alan Broadstone's work is always a highly crafted effort of dark art. ...His work haunts and is the stuff of nightmares." –– Terry M. West, author of "What Price Gory?" and "Dreg"

"Christopher Alan Broadstone’s short films are a dark, surreal exploration into the human psyche, evoking as much horror and fear in the viewer as contemplative thought." –– Michael Laimo, Bram Stoker Nominated author of "Deep In The Darkness" and "Dead Souls"

SUICIDE THE HARD WAY: And Other Tales From The Innerzone –– collects 7 never-before-released stories of the macabre from CHRISTOPHER ALAN BROADSTONE, horror filmmaker (3 DEAD GIRLS!) and novelist (PUZZLEMAN).  Each tale lures us down twilight byways instinctively sped-through and discounted by most, but never explored.  Within these stories, however, we become lost, meandering onto backstreets and alleyways –– stumbling through the grim reality of introspection that always leads to a terrifying, nihilistic, and often brutal look into the soul: the Innerzone.  Continuing this theme, SUICIDE THE HARD WAY also includes Broadstone's 3 screenplays for his award-winning short films, SCREAM FOR ME (Best Short Film: New York City Horror Film Festival), MY SKIN! (Best Horror Short Category: Shriekfest Film Festival [L.A.]), and HUMAN NO MORE (Best Horror Short: The Indie Gathering [O.H.]).  These films, anthologized as the DVD 3 DEAD GIRLS! (available on Amazon), are explored in-depth by film critic MATTHEW SANDERSON in his original essay for this printing, titled: MADNESS AND MEANING FROM THE SCRAPS OF LIFE.  To bring even greater insight to Broadstone's filmmaking process, is the production diary kept by reviewer/filmmaker LEE BAILES, while working as Assistant Camera and BTS videographer on the set of HUMAN NO MORE.  First published on the website THE RUMOUR MACHINE, it is now available here, titled: THE MAKING OF HNM: How An Englishman Spent His Summer In An L.A. Basement.  (Active links to Film Music and Additional Film Info are also included in the Kindle version of this book.)  Completing SUICIDE THE HARD WAY is a section compiling 32 of Broadstone's previously unpublished dark, introspective lyrics and poetry, some if which are interpolated into his films, and many others of which are lyrics for music recorded and performed by his heavy grunge/rock band, THE JUDAS ENGINE.  (Active links to Downloadable Music are also included in the Kindle version of this book.)  SUICIDE THE HARD WAY: And Other Tales From The Innerzone is an ambitious work that chronicles all facets of Christopher Alan Broadstone's creative career: writer, poet/lyricist, musician, and filmmaker.

Please visit and "Like" the Amazon Author Page for Christopher Alan Broadstone: http://tinyurl.com/l64uzlm

Posted by blackCABproductions at 1:58 PM No comments:

HORROR WORLDS.com talks to Christopher Alan Broadstone about his films.

Posted by blackCABproductions at 1:58 PM No comments: 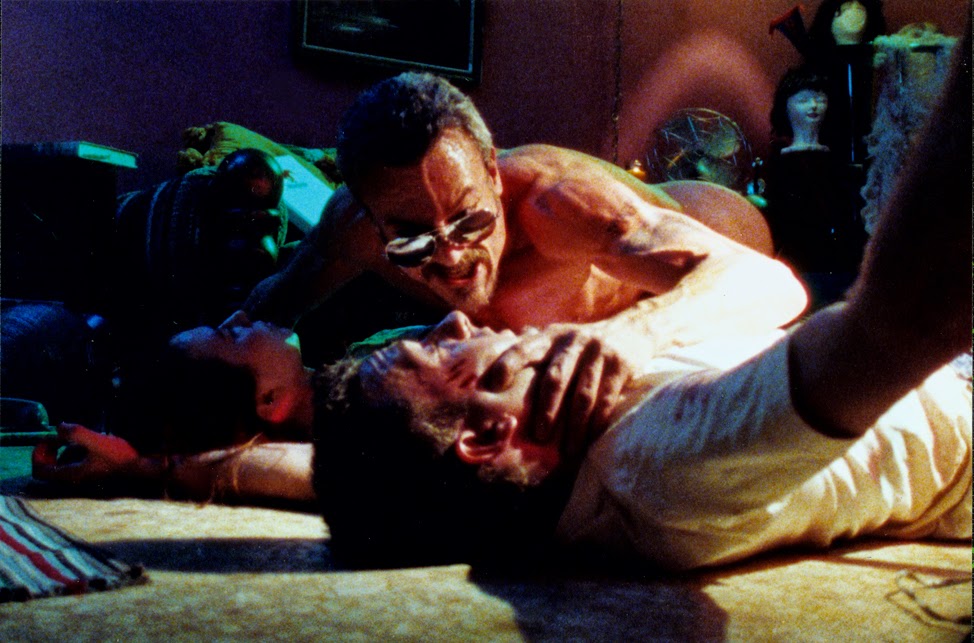 Posted by blackCABproductions at 12:16 PM No comments: