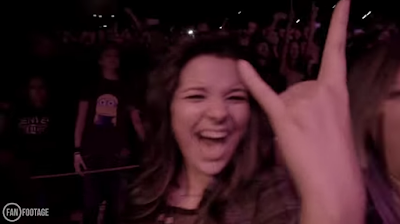 Brilliant idea! Instead of telling people to put away their cameras at a concert, tell them to get 'em out and start videoing like crazy!

One of my favorite bands SLIPKNOT cut the video production costs to nothing to shoot some new live videos. Of course, the process would amount to a ton of video review and countless editing options, transcoding, and storage of the beast in post-production––Yikes! But nonetheless a great result with fan footage shot on smartphones.
EXPLANATION: On August 19, 2015, Slipknot invited fans to film "Before I Forget" from their point-of-view at the Red Rocks show in Morrison, CO. This was the result. Thanks to everyone who participated and submitted footage.
Enjoy BEFORE I FORGET here:
https://www.youtube.com/watch?v=mxAccOjUR34 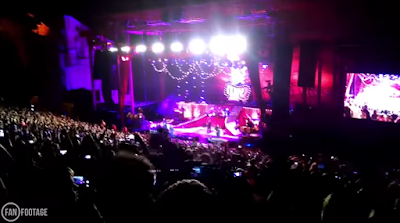 Smartphones filming everywhere!
Posted by blackCABproductions at 9:13 AM