:'( I am so deeply saddened to have just receive the news that my friend and great film music composer DANIEL LICHT died this August 2nd, of sarcoma (cancer). A memorial was held on August 18th. He was only 60.
-
I met Dan in Hollywood through mutual friends, Producer/SFX Producer RODNEY MONTAGUE and Producer/Exec. Producer CHRISTOPHER WEBSTER. Dan, Rodney, and I used to hang out together at another friend's weekly party and a small group of us would go out on other occasions to the infamous Jumbo's Clown Room, The Dresden, and other Hollywood hot spots. It was always such a great time; Dan was a very funny and very nice guy.
-
I've been a longtime fanatic/fan of film scores and I was always so excited to know a "real" movie music composer. I loved to talk to Dan about it, and on one visit to his home in the Hollywood Hills he showed me his studio and then took me out to his garage as we discussed score music. He then showed me his collection comprising all his own scores, the classic stuff he'd written that had been released, and even gave me some CDs of his, from films such as CHILDREN OF THE NIGHT, THINNER, and, CHILDREN OF THE CORN II. I have several more in my collection. And, of course, I have his music from the series DEXTER. Sadly, I was never able to have him autograph that one.
-
Dan was also a guest at the L.A. premiere screening of my film SCREAM FOR ME and later on MY SKIN! Speaking of the latter...
-
It was Dan who introduced me to his assistant BRIAN SUSSMAN, who was an outstanding pop-song writer and an up-and-coming film music composer. It was also Dan who got Brian to write and record the music for MY SKIN! A year or so later, Brian also wrote and recorded the amazing music for my third film HUMAN NO MORE.
-
I haven't talked to Dan in several years, due to both of us being busy with this or that, and then me moving back to Dallas. But he was always on my Facebook, and I've thought of him and his music often. I was so proud to have known Dan (I have name-dropped him more than once), and so happy to have his work in my collection of CDs and on my iPod for quick access.
-
Farewell Dan, you were a great talent and a great person who directly influenced my own art through Brian Sussman, who in turn added a depth and soul to my films that otherwise simply would not be there. Thank you Dan, for being a good friend and supporter. And a friend to art and music. You will be terribly missed. I hope you are well and lost in the bliss of music, wherever you are. My heart goes out to Dan's wife HILARY and his son KIAN. :)


Enjoy the video in this article, of DAN LICHT
performing some of his music from DEXTER
(at the Krakow Film Music Festival 2015, International TV Series Gala):
http://www.billboard.com/articles/news/7889938/dexter-composer-daniel-licht-dead-60-sarcoma 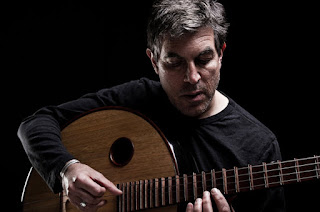 Posted by blackCABproductions at 5:25 AM