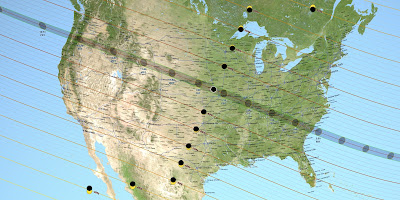 THE TIME IS UPON US! Woohoo! :D
"When he opened the sixth seal, I looked, and behold, there was a great earthquake, and the sun became black as sackcloth, the full moon became like blood..."––Revelation 6:12

Hope all will enjoy the end of the world tomorrow, August 21st. Or at least the solar eclipse, which (if the world doesn't end), the US won't see again until 2023, according to NASA. Check out the map to see what time and what percentage of "the end" you'll see. :)
Click on map and download it for bigger and most optimal viewing. 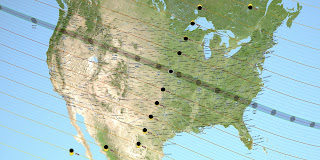 Posted by blackCABproductions at 4:28 PM