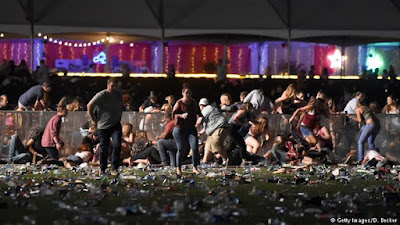 Too bad about Vegas.

It will be used for fodder by the media. And it has nothing to do with being divided. It is the human condition since the Stone Age––since the first man realized he could destroy another with a rock or bone in effort to get what he wanted or to release his inner rage. Guns are nothing and gun control is nothing. If this sociopath couldn't get a few guns he would have been throwing homemade bombs. He didn't decide to mass murder overnight. He's been planning for quite some time. Tossing bombs from a hot-air balloon or copter-vehicle would have killed even more than 50 people––maybe a truck bomb driven straight into the exiting crowd; or several RC drones, each loaded with a bomb, then flown straight down into the audience. Thus, zero guns available will never stop killing. There are always more ways to destroy human life. It isn't difficult. You just have to really want to do it. And people will never stop wanting to kill each other. Never. Welcome to planet Earth, Moron-hole of the universe. 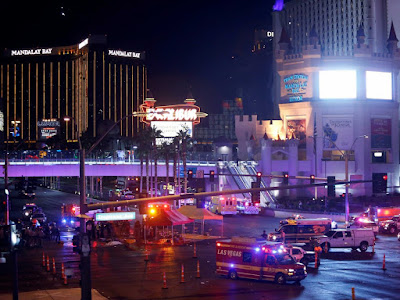 Posted by blackCABproductions at 6:49 AM