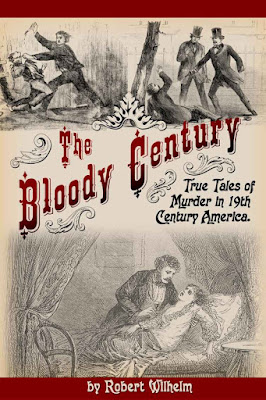 A murderous atmosphere pervaded nineteenth century America unlike anything seen before or since. Lurid murder stories dominated newspaper headlines, and as if responding to the need for sensational copy, Americans everywhere began to see murder as a solution to their problems. The Bloody Century retells their stories; some still famous, some long buried, all endlessly fascinating. The Bloody Century is a collection of true stories of ordinary Americans, driven by desperation, greed, jealousy or an irrational bloodlust, to take the life of someone around them. The book includes facts, motives, circumstances and outcomes, narrating fifty of the most intriguing murder cases of nineteenth century America. Richly illustrated with scenes and portraits originally published at the time of the murders, and including songs and poems written to commemorate the crimes, The Bloody Century invokes a fitting atmosphere for Victorian homicide. 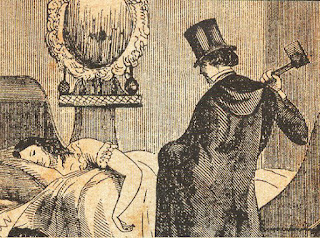 A Bloody Bit From THE BLOODY CENTURY Book... 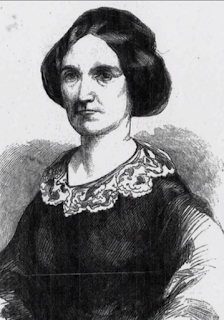 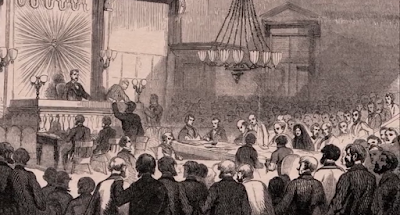 After the murder Emma promptly produced a letter stating that she had been married to Dr. Burdell, and that his estate was therefore entirely hers.  Witnesses and a trail of clues led the police to quickly arrest Emma for Burdell's murder.  She was put on trial, which was a sensation that lasted only 3 days –– and thanks to her attorney bashing Burdell's reputation with prostitutes, among other unsavory practices, Emma was acquitted of his murder.
She then had the gal to insist she was pregnant with Burdell's child, to regain her upper hand on claiming his estate.  She even went as far as to secure a living baby and fake labor and giving birth to the child.  This is where everything went straight to hell for her –– the police were already suspect and were waiting to pounce on the fraudulent Emma and her accomplice physician when the doctor appeared with the new (and illegally procured) infant.

For a detailed account of this wild murder tale visit: http://www.murderbygaslight.com/2011/03/bond-street-tragedy.html

Greed, jealousy, revenge, obsession – the motives of America’s gas-lit murders are universal and timeless. Yet their stories are tightly bound to a particular place and time; uniquely American, uniquely 19th Century.

The goal of Murder by Gaslight is to bring them all together, the great and the small, to retell their tales, to point the way for those seeking more detail, and most importantly, to provide a forum to share facts and opinions. So here they are, America’s Victorian murders – sometimes gruesome, often shocking, always fascinating. Welcome to Murder by Gaslight. 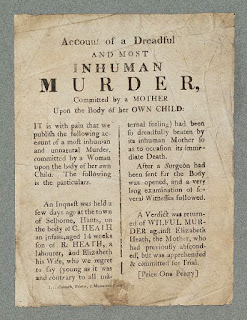 About THE BLOODY CENTURY Author...

Robert Wilhelm is the author of Wicked Victorian Boston (History Press, 2017), The Bloody Century: True Tales of Murder in 19th Century America (Night Stick Press, 2014) and Murder and Mayhem in Essex County (History Press, 2011), a history of capital crimes in Essex County, Massachusetts from the 1600s to the turn of the twentieth century. He blogs about historical true crime at Murder by Gaslight (www.MurderByGaslight.com) and The National Night Stick (nightstick.azurewebsites.net). Robert lives and works in Boston, Massachusetts. 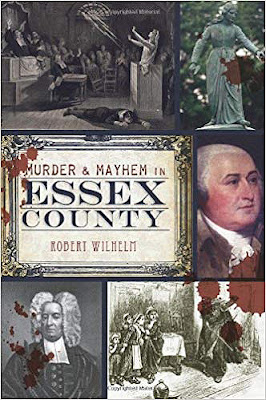 Check It Out On AMAZON:
https://amzn.to/2WaNKhV 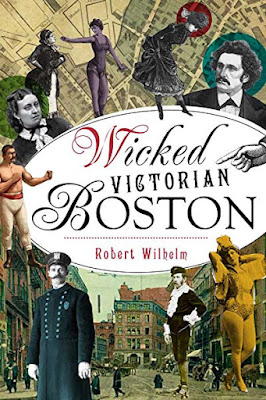 Check It Out On AMAZON:
https://amzn.to/2W7kw3y

Posted by blackCABproductions at 6:50 AM