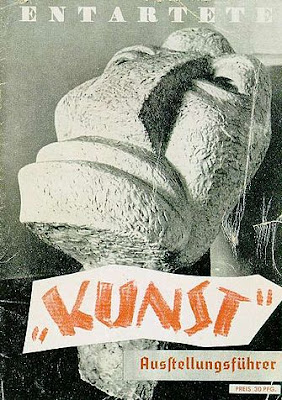 Degenerate art is the English translation of the German “Entartete Kunst”, a term adopted by the Nazi regime in Germany to describe virtually all modern art. Such art was banned on the grounds that it was un-German or Jewish Bolshevist in nature, and those identified as degenerate artists were subjected to sanctions. These included being dismissed from teaching positions, being forbidden to exhibit or to sell their art, and in some cases being forbidden to produce art entirely.

Degenerate Art was also the title of an exhibition, mounted by the Nazis in Munich in 1937, consisting of modernist artworks chaotically hung and accompanied by text labels deriding the art. Designed to inflame public opinion against modernism, the exhibition subsequently traveled to several other cities in Germany and Austria.  While modern styles of art were prohibited, the Nazis promoted paintings and sculptures that were traditional in manner and that exalted the "blood and soil" values of racial purity, militarism, and obedience. Similarly, music was expected to be tonal and free of any jazz influences; films and plays were censored.
. 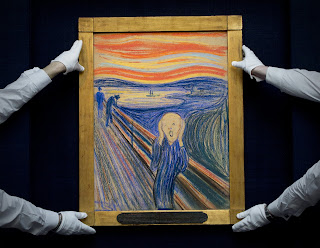 In the 1930s and 1940s, the Nazis labeled Munch's work "degenerate art" (along with that of Picasso, Klee, Matisse, Gauguin and many other modern artists) and removed his 82 works from German museums.
.
“I was walking along a path with two friends—the sun was setting—suddenly the sky turned blood red—I paused, feeling exhausted, and leaned on the fence—there was blood and tongues of fire above the blue-black fjord and the city—my friends walked on, and I stood there trembling with anxiety—and I sensed an infinite scream passing through nature.” A sunset stroll along a road above an Oslo fjord, a blood-red sky, a sensation of nameless dread: This is how the Norwegian painter Edvard Munch (1863-1944) described the visionary experience that inspired him to create The Scream— his most famous work and one of the most recognizable images in modern art..."
Read  The Rest Of This Fascinating Article Here:
https://slate.com/culture/2005/11/another-look-at-edvard-munch-s-the-scream.html
.
.

Both the novella and relative short film were very influenced by the
Nazis and Entartete Kunst, and feature Edvard Munch and
"The Scream" painting in the book and film.
. 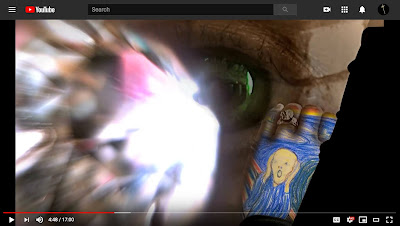 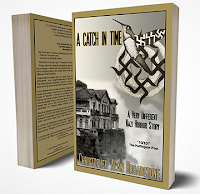 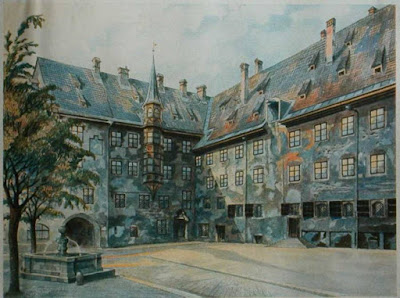 "Teachers said he didn’t draw enough heads and experts note that he copied traditional paintings rather than create his own work.  In his book Mein Kampf, Adolf Hitler said he aspired to be an artist in his youth in Vienna, Austria. Twice he failed to gain entry into the Academy of Fine Arts Vienna, once each in 1907 and 1908. The future dictator was 18 at the time.  The faculty at the school said Hitler's works were "utterly devoid of rhythm, color, feeling, or spiritual imagination." They likened Hitler's paintings to mere architect sketches with precise detail but no more than that..."
See HITLER's ART & Read The Rest Of This Excellent Article Here:
https://allthatsinteresting.com/adolf-hitlers-paintings
. 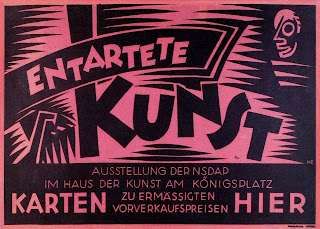 In Munich, Julien Bryan documented the spirited Nazi assault on modern art when he visited the infamous and popular Entartete Kunst [Degenerate Art] exhibition. This exhibition featured over 650 paintings, sculptures, prints, and books which had been confiscated from German public museums, including the works of some important 20th century artists like Marc Chagall, Wassily Kandinsky, Paul Klee, Emil Nolde, Georg Grosz, and Ernst Ludwig Kirchner. The pieces were chaotically hung with accompanying criticism and derisive text, in order to clarify to the German people what type of art was considered unacceptable. Afterwards, many works were sorted out for sale and sold at auction. Some were acquired by museums, and others by private collectors. Certain pieces were appropriated by Nazi officials and some were burned. Josef Goebbels ordered a more thorough scouring of German art collections after the exhibition, bringing the total number of modern works seized by the Nazis to over 16,000.
.
. 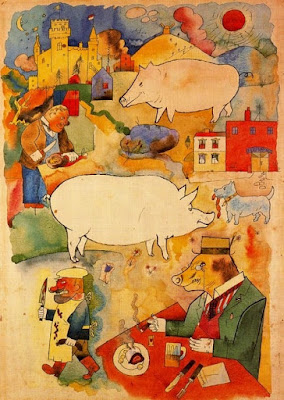 ,
This Is A MUST CHECKOUT Article With GREAT ART!
.
Profiles 50 Degenerate Artists 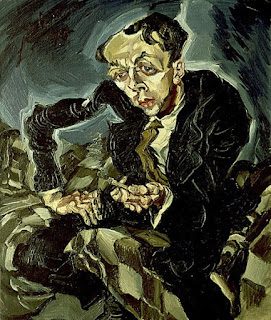 .
Again regarding Hitler's paintings:
Mostly watercolor, they were always very conservative, architecture based, and generally considered bland and uninspired.  His personal taste as a painter also extended to his reign as Fuhrer––he despised modern art and considered it entartete (degenerate).  In 1937 he launched a major campaign, with aid of propaganda minister Joseph Goebbles, to put what he considered unacceptable art on a public gallery tour titled Entartete Kunst (Degenerate Art).  Hitler wanted to literally show the world what was NOT appropriate artwork for his new Reich––especially art that portrayed WWI in a negative light.  One artist he particularly despised was OTTO DIX, who had done countless paintings and sketches depicting the horrors he had experienced first hand in WWI.


"In 1924 the German artist and war veteran Otto Dix looked back at the first world war on its 10th anniversary, just as we are doing on its 100th. What did he see? Today there is a fashion, in Britain, to celebrate the heroism of our grandfathers and their hard-won victory of 1914-1918. It's as if the clock is being turned back and the propaganda of the war believed all over again. Even the German war guilt clause written by the victors into the Treaty of Versailles in 1919 has been turned into "fact" – after all, who wants to trawl through the complex causes of this conflict and face the depressing truth that it ultimately happened because no one in July 1914 understood how destructive a modern industrial war could be?"

Read the rest of this article here: 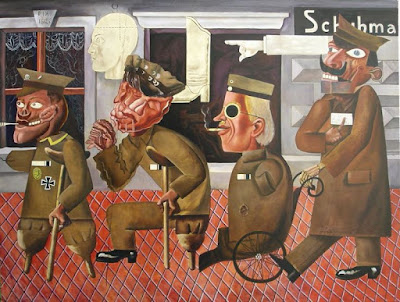 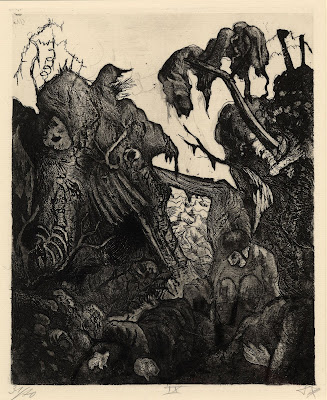 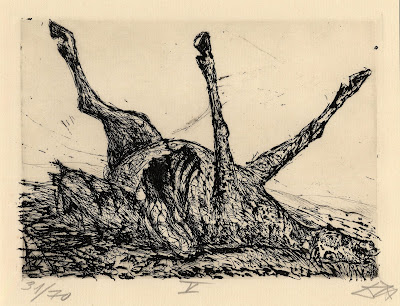 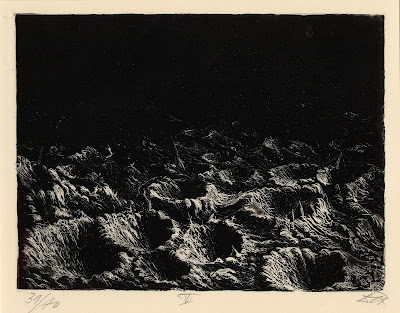 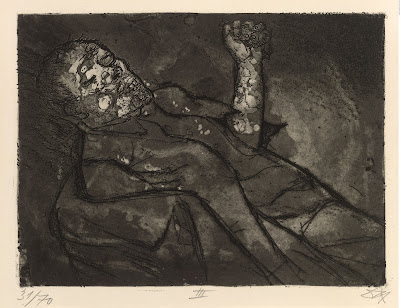 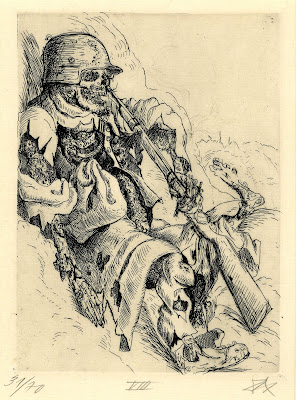 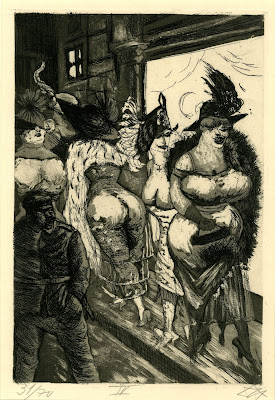 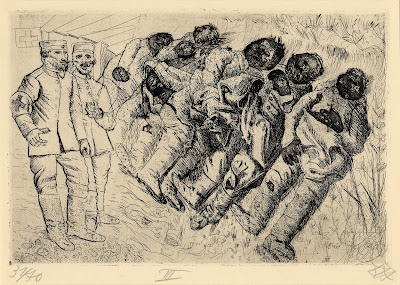 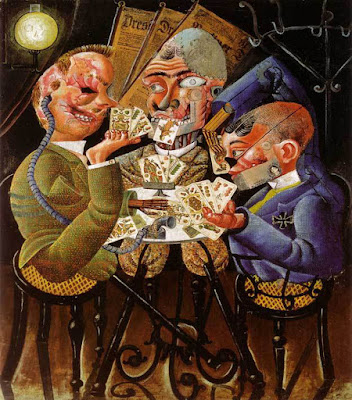 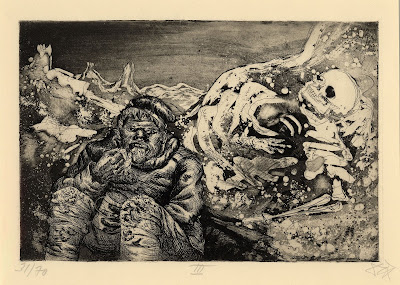 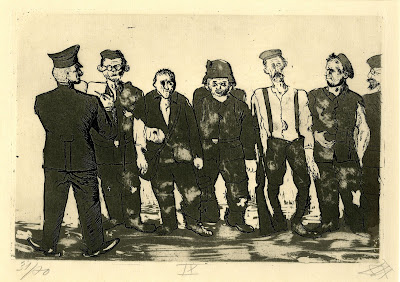 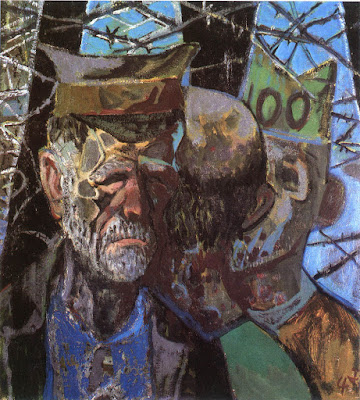 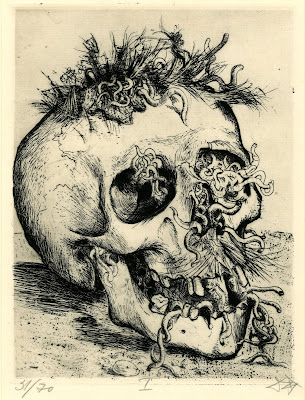 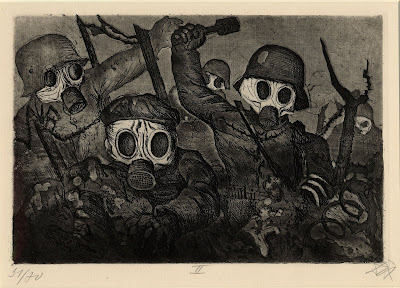 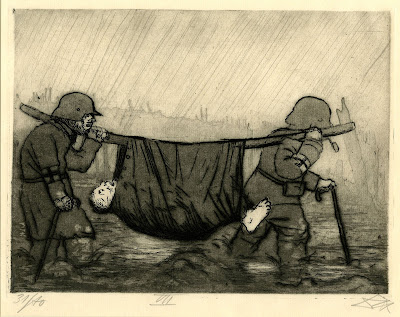 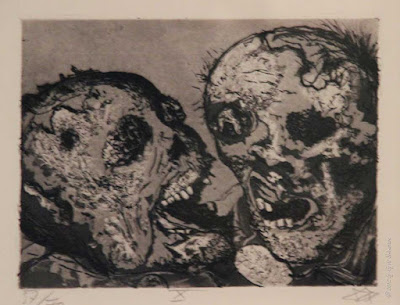 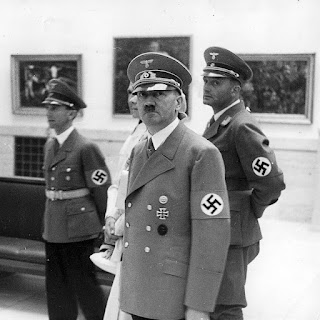 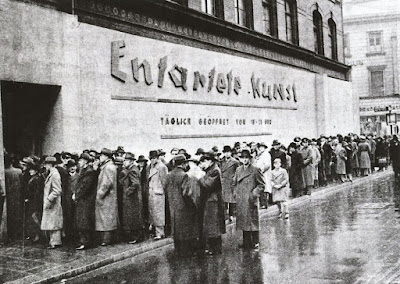 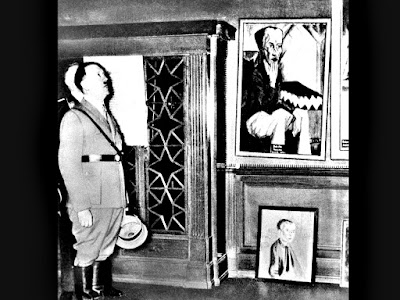 Posted by blackCABproductions at 12:17 PM