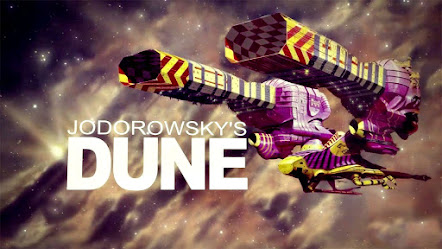 I have never seen an Alejandro Jodorowsky film.
In fact, I think they probably wouldn't be for me.  However, I absolutely love the
documentary about Jodorowsky's passionate, complex, and detailed attempt
to make Frank Herbert's sci-fi classic "Dune" (a great book, by the way).

Why do I like this doc so much?
Well, it's Alejandro Jodorowsky himself, the man as artist.  His films might not quite
be my cup of tea, but his understanding of the creative process and the importance of
artistic endeavors in this evermore insane and money-driven world is bordering on the divine
and manifestly pure in its inspiration.  If nothing else, watch "Jodorowsky's Dune" for
resparking that fire of passion, which many of us who create fight daily to keep burning. 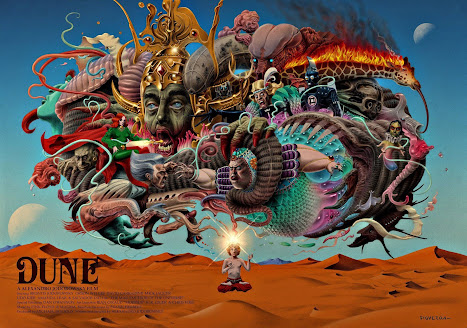 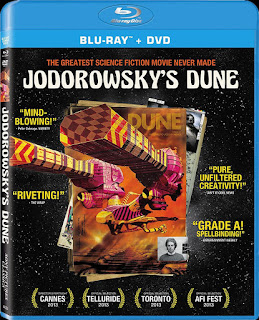 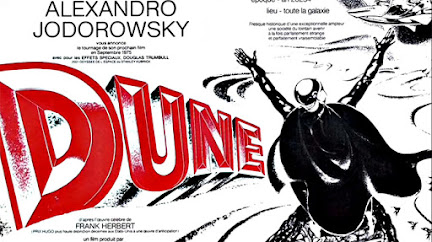 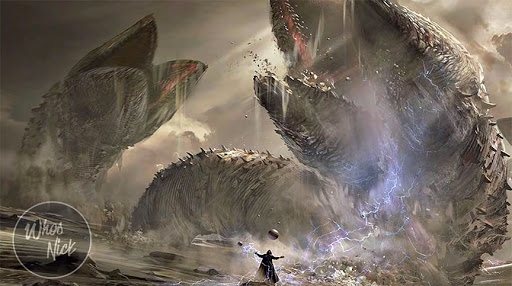 Denis Villeneuve’s Dune, which is due out next year, looks as if it might have one of the all-time great casts. The Oscar-nominated Timothée Chalamet is its star; the supporting actors include Javier Bardem, Josh Brolin, Oscar Isaac, Rebecca Ferguson, Charlotte Rampling, and Jason Momoa. But Villeneuve, the French-Canadian director of Sicario, Arrival and Blade Runner 2049, will need all the help he can get if his film is to compete with an earlier adaptation of the same novel. I don’t mean the David Lynch version from 1984, which should be lodged near the top of any sensible list of the worst films in history. Nor do I refer to the mini-series that was on the US cable channel Sci-Fi (now called Syfy) in 2000. The most significant and impressive screen version of Frank Herbert’s science-fiction bestseller is one that was never actually made. The film’s writer-director was Alejandro Jodorowsky, a Chilean-born avant-garde theatre veteran who made two of the most gloriously surreal films of the 1970s - or, indeed, any other decade...

Read the rest if the article here:
https://bbc.in/3tpQecR

Posted by blackCABproductions at 11:06 AM