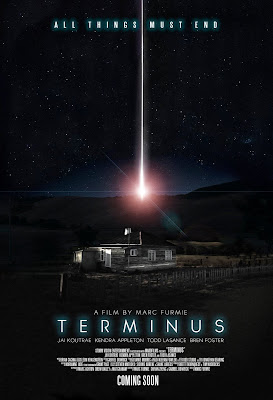 I've told this story more than once, but here I go again, simply because MARC FURMIE and JAI KOUTRAE are back to together on TERMINUS––each reprising their respective roles of Director and Actor, as they did in DEATH'S REQUIEM (2003). 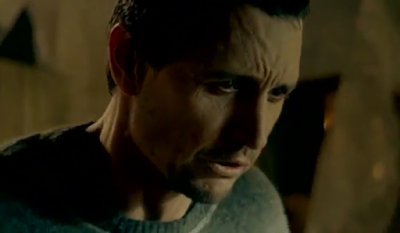 How we reconnected after that, I don't quite remember, but we did.  And to this day we’ve stayed in touch through that love/hate social media debauch known as Facebook (often me asking him to read a story or script I've written).  Also, to this day, I've maintained that Jai would be perfect as the lead in my feature films COLOR OF FLAME and RETARD––sadly both, as yet, unproduced.  (Anyone have any money?)  OK, my "Tale Of Jai" has been retold one more time, I've piggybacked a little shameless self-promotion on Mr. Koutrae & Mr. Furmie, and I can now move forward on this review of TERMINUS, with a smattering of peace in my dark heart and still darker mind.  So...

What can I say about TERMINUS?  The logline reads (and I quote IMDB here):

"Following a near-fatal accident, David Chamberlain makes an unprecedented discovery that will not only determine the fate of his family, but of mankind." 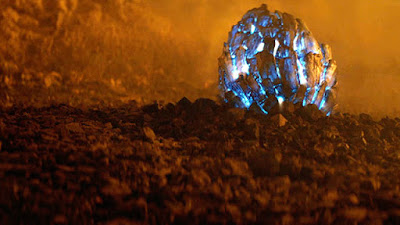 Well, that's your typical movie sound-bite that makes Hollywood film producers wet their pants by telling the ADHD public everything and nothing in one sentence.  So let me fatten that up a bit and clarify (not really any spoilers here, so do not fret).  After the so called "near-fatal accident" JAI KOUTRAE drags himself from his overturned vehicle, in effort to follow the lead of some mystery figure (person?) who may or may not be a mere hallucination brought on by a major concussion.  Rebuffing the likely delusions perpetrated by brain injury, JAI manages to find himself a life-giving "pod".  This "pod"––obvious to any Sci-Fi geek or anyone not suffering brain trauma––has to be from outerspace.  OK, now that's all I'm willing to reveal about the story.  Go find TERMINUS and watch it, if you want to know more.  It's worth the search.  On that note... 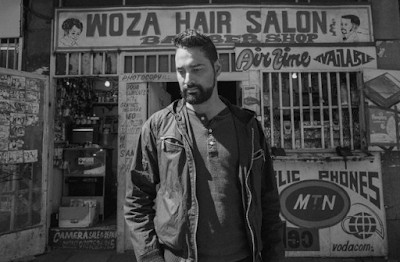 MARC FURMIE's directing is motivated and inspired, which is somewhat belied by the cerebral quality of the film––my latter point meaning, MR. FURMIE places a greater emphasis on the drama and the characters driving the story, than the trappings of the typical Sci-Fi CG effects heavy, alien monsters laden, blah-blah-uhggg, movie.  Thank you, sir, for your impassioned focus.  Which brings me to JAI KOTURAE. 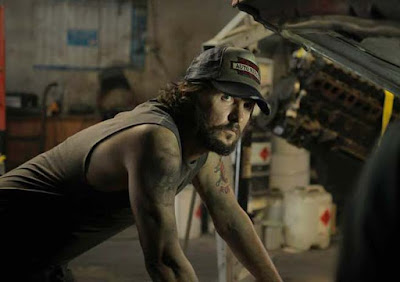 JAI has again pulled off an intense performance; one that often appears as placid as a cold lake, but flares with explosive poignancy revealing just how much pain his character is suffering right below the waterline.  His portrayal of DAVID CHAMBERLAIN, an out-of-work, small town, backwoodsie, middle-American tough-guy-with-a-broken-heart, is realistic to a T.  And although JAI is an Aussie from Downunder, his American accent is flawless. 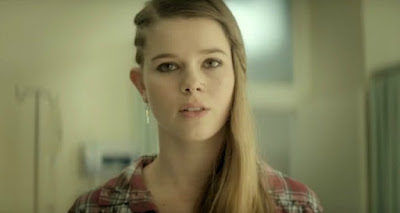 The next outstanding performance comes from actress KENDRA APPLETON, who plays DAVID's (Jai's) equally heartbroken and nearly estranged daughter.  Her character, ANNABELLE CHAMBERLAIN, is truly the pivot (the heart) around which TERMINUS arcs.  KENDRA exudes great depth of sentiment, but not cheap sentimentality.  She's young, beautiful, and full of hope and compassion for her father, but is also haunted by her equally tormented soul.  And when it comes down to the wire, like her father, she can be pretty damn tough and merciless in a fight, too. 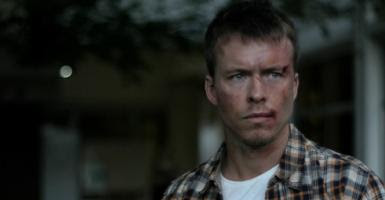 Our third lead in TERMINUS is actor TODD LASANCE.  His performance of the itinerant––potential danger and baddie––ZACH, is solid as a rock.  At first an angry loser coming from nowhere, and on his way to some other nowhere, he quickly reveals his deeper pain and compassion, as well as his hard-boiled anger at the world.  The human destruction he has witnessed, and been participant in, has scarred him emotionally, very nearly to the point of no return.

In TERMINUS the planet is on the brink of global nuclear war.  This is only a backdrop at first, but eventually floats to the forefront as a very real possibility.  Overall, TERMINUS is populated with dark characters trying to make there way through an even bleaker world; each fighting for hope and life in their own way.  Even the FBI agents threaded throughout the film, are doing their damnedest to perpetuate hope and life, although their poor decisions and near radicalism constantly made me wonder if they weren't the true evil in the story.  Possibly they were MARC FURMIE's way of holding up a simple mirror to reflect back the infinitely complex nihilism and savagery that has plagued humanity since the beginning of time. 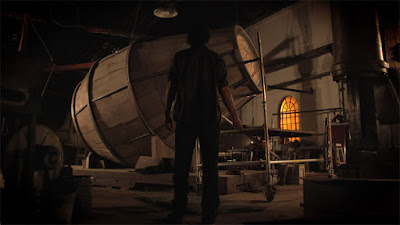 I highly recommend TERMINUS for its grim, yet inspired view.  Its morbidity and its sometimes-violent passions and compassion.  The film is not unlike a single flower that somehow blooms in the middle of a deep, dark death-valley.

Keep up with TERMINUS on their Official Website here:
http://www.terminusmovie.com/

Posted by blackCABproductions at 1:26 PM