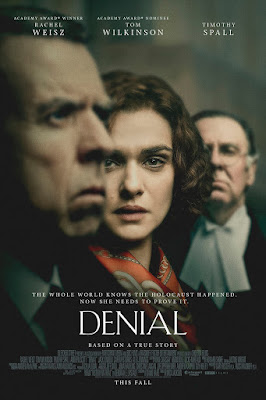 At the ANTHROPOID screening yesterday, I saw the trailer for DENIAL (releasing this September 30th), starring RACHEL WEISZ. Looks frustratingly intense.
"Based on the book History on Trial: My Day in Court with a Holocaust Denier, Denial recounts Deborah E. Lipstadt’s (Rachel Weisz) legal battle for historical truth against David Irving (Timothy Spall), who accused her of libel when she declared him a Holocaust denier. In the English legal system, in cases of libel, the burden of proof is on the accused, therefore it was up to Lipstadt and her legal team, led by Richard Rampton (Tom Wilkinson), to prove the essential truth that the Holocaust occurred."
Enjoy the DENIAL trailer here:
https://www.youtube.com/watch?v=yH7ktvUWaYo 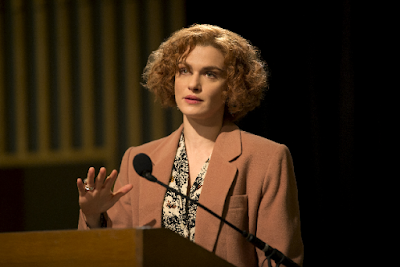 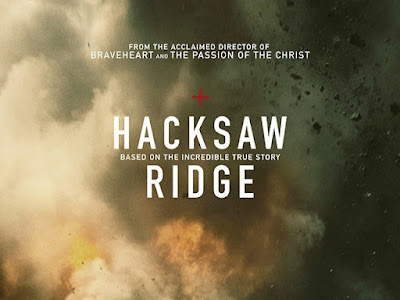 Adding to the frenzy of WWII films racing out of Hollywood this year, is the MEL GIBSON directed epic HACKSAW RIDGE (starring ANDREW GARFIELD, VINCE VAUGHN, SAM WORTHINGTON, et al).  The film releases this November 4th.
Looks like MEL is bucking for another Best Director Oscar. As well, the battle sequences do look intense and shot with outstanding in-your-face presence.
"The film is based on the true story about US Army medic Desmond T. Doss, a Seventh-Day Adventist conscientious objector who refused to bear arms, yet was awarded the Medal of Honor by President Harry S. Truman for single-handedly saving the lives of over 75 of his comrades while under constant enemy fire during the brutal Battle of Okinawa in World War II."
Enjoy the HACKSAW RIDGE trailer here:
https://www.youtube.com/watch?v=sslCRVx7nPQ 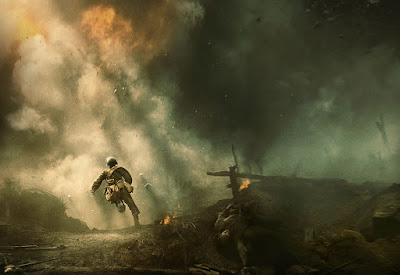 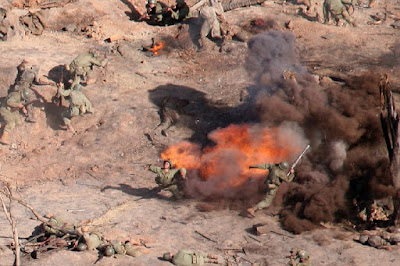 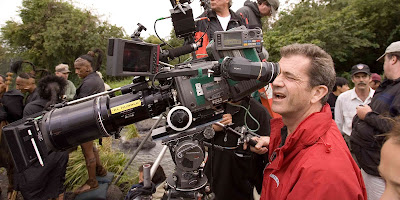 Posted by blackCABproductions at 10:18 AM