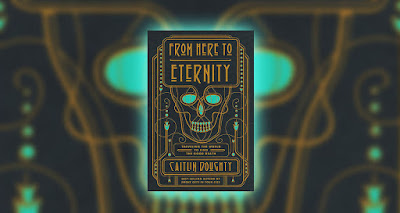 From Here to Eternity:
Traveling the World to Find the Good Death
By
Caitlin Doughty

Doughty, founder of the Order of the Good Death, a nonprofit organization that advocates for natural burial and reducing the stigma around death, describes funereal rituals around the world while stopping to reflect on U.S. practices. In Indonesia, for instance, the Toraja keep the dead at home for several months or years until the funeral. The author also explores the North Carolina's FOREST facility, which composts corpses, and the Crestone End of Life, a Colorado nonprofit that performs open-air cremations.

Learn More About The Book On AMAZON
https://amzn.to/2matX59 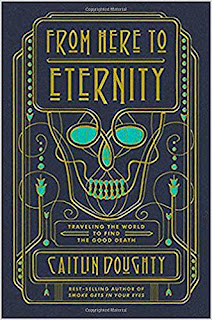 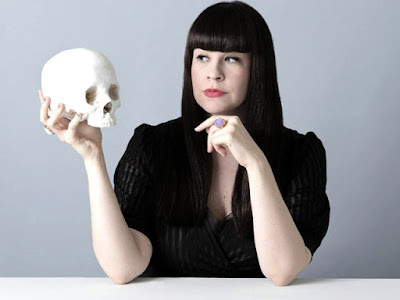 Caitlin Marie Doughty (born August 19, 1984) is an American mortician, author, blogger, and YouTube personality known for advocating death acceptance and the reform of Western funeral industry practices. She is the creator of the Web series "Ask a Mortician", founder of The Order of the Good Death, and author of two bestselling books, Smoke Gets in Your Eyes & Other Lessons from the Crematory in 2014, and From Here to Eternity; Traveling the World to Find the Good Death in 2017, both published by W.W. Norton and Company...
Continue reading on Wikipedia: https://bit.ly/2q1zARy 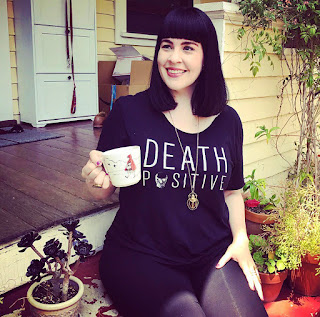 Posted by blackCABproductions at 5:32 PM