GRIMOIRE (/ɡrɪmˈwɑːr/ grim-WAHR) (also known as a “book of spells”) is a textbook of magic, typically including instructions on how to create magical objects like talismans and amulets, how to perform magical spells, charms and divination, and how to summon or invoke supernatural entities such as angels, spirits, deities and demons.  In many cases, the books themselves are believed to be imbued with magical powers, although in many cultures, other sacred texts that are not grimoires (such as the Bible) have been believed to have supernatural properties intrinsically.  In this manner, while all books on magic could be thought of as grimoires, not all magical books should be thought of as grimoires. 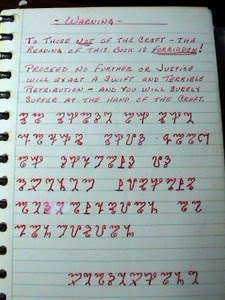 Just days before All Hallow’s Eve, two handwritten, spiral-bound books of spells have sold on AbeBooks.com for $13,865, but the buyer risks being cursed if they are not a believer in witchcraft.  The opening page of the first of the two grimoires (that’s a magical textbook) is inscribed with the haunting warning:

“To those not of the craft – the reading of this book is forbidden!  Proceed no further or justice will exact a swift and terrible retribution – and you will surely suffer at the hand of the craft.”

The same warning is then inscribed again in Theban, an ancient alphabet used in modern Wicca to hide magical text from those who do not believe in witchcraft.  The author, a witch, has signed the page using the Theban alphabet.  Let’s hope the buyer is a real-life Hermione and not a Muggle.


READ THE REST of the article here:
https://bit.ly/2lvI70C

.
.
.
Check this out from Oxford University Press...

.
.
.
CLASSIC GRIMIORES
Check them out!

"The Satanic Bible" on Amazon:
https://amzn.to/2jYPnSd

ABOUT:
Called "The Black Pope" by many of his followers, Anton La Vey began the road to High Priesthood of the Church of Satan when he was only 16 years old and an organ player in a carnival:

"On Saturday night I would see men lusting after halfnaked girls dancing at the carnival, and on Sunday morning when I was playing the organ for tent-show evangelists at the other end of the carnival lot, I would see these same men sitting in the pews with their wives and children, asking God to forgive them and purge them of carnal desires. And the next Saturday night they'd be back at The carnival or some other place of indulgence.
"I knew then that the Christian Church thrives on hypocrisy, and that man's carnal nature will out!"

From that time early in his life his path was clear. Finally, on the last night of April, 1966—Walpurgisnacht, the most important festival of the believers in witchcraft—LaVey shaved his head in the tradition of Ancient executioners and announced the formation of The Church Of Satan. He had seen the need for a church that would recapture man's body and his carnal desires as objects of celebration. "Since worship of fleshly things produces pleasure," he said, "there would then be a temple of glorious indulgence . . ."

"The Necronomicon" on Amazon:
https://amzn.to/2lBVeNw

ABOUT:
In the past 31 years, there has been a lot of ink—actual and virtual—spilled on the subject of the Necronomicon. Some have derided it as a clumsy hoax; others have praised it as a powerful grimoire. As the decades have passed, more information has come to light both on the book's origins and discovery, and on the information contained within its pages. The Necronomicon has been found to contain formula for spiritual trans-formation, consistent with some of the most ancient mystical processes in the world, processes that were not public knowledge when the book was first published, processes that involve communion with the stars.
In spite of all the controversy, the first edition sold out before it was published. And it has never been out of print since then. This year, the original designer of the 1977 edition and the original editor have joined forces to present a new, deluxe hardcover edition of the most feared, most reviled, and most desired occult book on the planet. 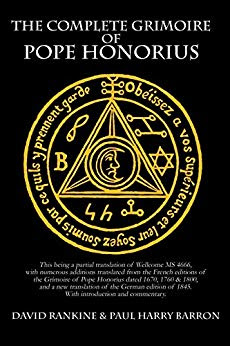 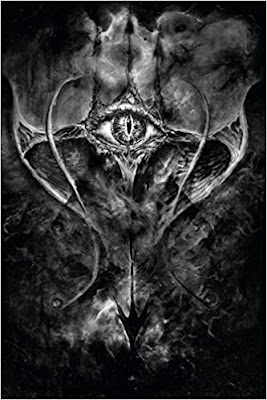 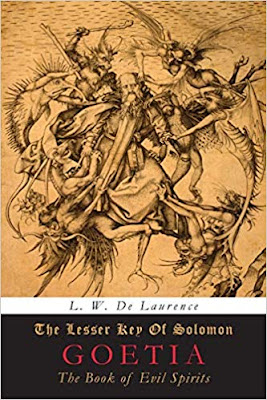 "The Lesser Key Of Solomon: The Book Of Evil Spirits"
By L.W.  DE LAURENCE
https://amzn.to/2lBFTfW 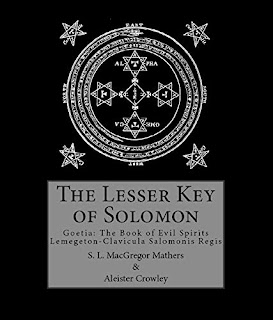 MORE About "THE LESSER KEY OF SOLOMON" On WIKIPEDIA:
https://bit.ly/2lvdsR5 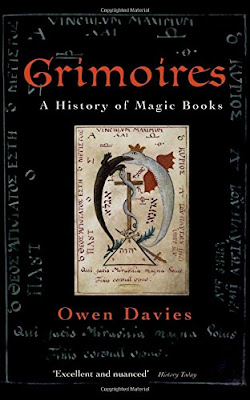 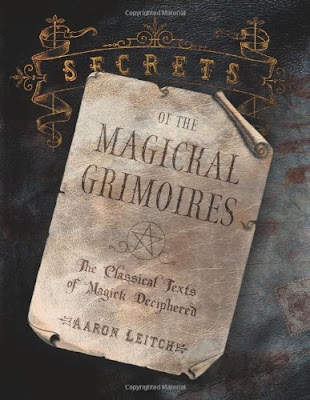 "Secrets of the Magickal Grimoires:
The Classical Texts of Magick Deciphere"
https://amzn.to/2lY6ZOK 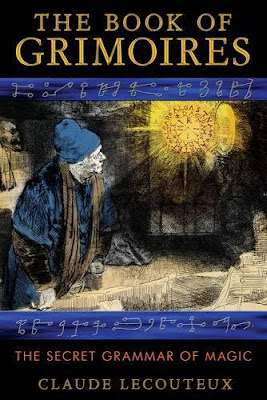 LEARN ABOUT The Many GOETIC DEMONS Here:
https://bit.ly/2kiRiRR

Posted by blackCABproductions at 5:26 AM