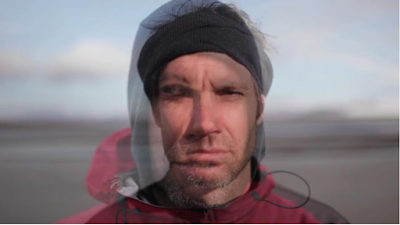 THE MEN WHO DON'T FIT IN
(Poem printed below, or 'click' below for video.)

MY THOUGHTS––How true, how true, this is me in everything I've ever done. I never really fit in––many times and too often I despise even the thought of fitting into the box. And thus there is a 99% chance I will lose in the game of life. I'd be a fool not to think I haven't already lost, which is painful to realize. As the poem says,


"So they chop and change, and each fresh move
Is only a fresh mistake."

But in spite of every synapse in my logical brain firing, telling me to change course toward a more main and safe stream, my calling within screams constantly...


"Could I find my proper groove,
What a deep mark I would make!"

Maybe that's narcissism talking. Even so, it must be nice to find your place in life. From my little island it looks like most everyone does...and moves forward. But I still only spin my wheels. I'm never quite good enough or fast enough or prolific enough. And I'm perpetually too slipstream for the fiercest storms, yet far too tornadic for the prevailing winds.


THE MEN WHO DON'T FIT IN
By Robert W. Service

There's a race of men that don't fit in,
A race that can't stay still;
So they break the hearts of kith and kin,
And they roam the world at will.
They range the field and they rove the flood,
And they climb the mountain's crest;
Theirs is the curse of the gypsy blood,
And they don't know how to rest.

If they just went straight they might go far;
They are strong and brave and true;
But they're always tired of the things that are,
And they want the strange and new.
They say: "Could I find my proper groove,
What a deep mark I would make!"
So they chop and change, and each fresh move
Is only a fresh mistake.

And each forgets, as he strips and runs
With a brilliant, fitful pace,
It's the steady, quiet, plodding ones
Who win in the lifelong race.
And each forgets that his youth has fled,
Forgets that his prime is past,
Till he stands one day, with a hope that's dead,
In the glare of the truth at last.

He has failed, he has failed; he has missed his chance;
He has just done things by half.
Life's been a jolly good joke on him,
And now is the time to laugh.
Ha, ha! He is one of the Legion Lost;
He was never meant to win;
He's a rolling stone, and it's bred in the bone;
He's a man who won't fit in.

Watch A Video Reading Of...
THE MEN WHO DON'T FIT IN
http://movingpoems.com/2010/09/the-men-who-dont-fit-in-by-robert-service/ 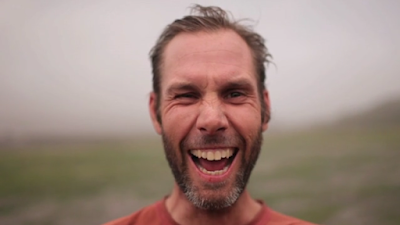 Posted by blackCABproductions at 7:12 AM