I wanted to introduce to everyone –– and also give a very special thanks to –– three people who were instrumental in helping me make my latest book, SUICIDE THE HARD WAY, a reality.

First –– Many thanks to longtime friend, Lee Bailes (Brighton, UK/Stockholm, Sweden), who contributed an excellent Foreword to the book as well as his humorous and insightful production diary from the time he flew from England to help me shoot my third short film. I hope all will get a chance to read his piece, titled: "THE MAKING OF HNM –– Or How An Englishman Spent His Summer In An L.A. Basement".


Second –– I would like to thank Judith Herdman (Durham, UK), who was my first wave Beta-Reader, captiously looking for misspellings, grammar issues, and just problems in general. Previously, Judith also worked closely with me on deadline, beta-reading as I wrote, to finish my story NOTE-TO-SELF for Terry Terry M. West's JOURNALS OF HORROR.

Third –– I am so very grateful to Matthew Sanderson (South Yorkshire, UK), who was the second wave Beta-Reader exposing all the tiniest imperfections in the book, as well as contributing an outstanding essay that dissects and expounds my three short films. Please read his amazing piece: "MADNESS AND MEANING".

Thanks to all three of you, so much. SUICIDE THE HARD WAY would not be the class act it is without your diligence, perspective, and tireless efforts. BCP – TEAM U.K., you rule! 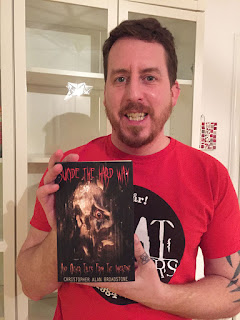 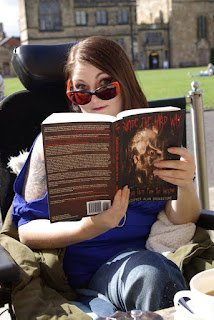 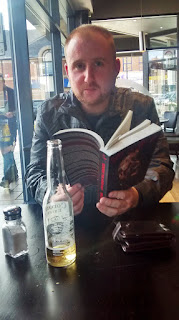 Posted by blackCABproductions at 1:47 PM