China's HENGDIAN WORLD STUDIOS––now the largest film studio in the world––is planning to use Hollywood directors and big name actors to make English language films to compete with Hollywood for the global market.

From Deadline.com as reported on 60-MINUTES:
"China being one of GOP front-runner Donald Trump’s big talking points this election cycle, what better time for 60 Minutes to take its first look at the film market that in February, brought in more than $1 billion in box office for the first time ever, beating the U.S. and Canada. The burgeoning Chinese industry already is causing a “mass hysteria” in the country and, with a population of 1.3 billion, it’s on track to become the biggest movie market as early as next year, reports CBS News correspondent Holly Williams in her first 60 Minutes report this Sunday, “Rising In The East.”

Enjoy Some PICS and VIDEO of
HENGDIAN WORLD STUDIOS Below… 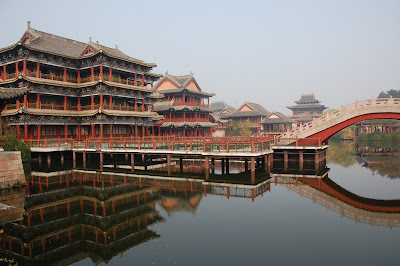 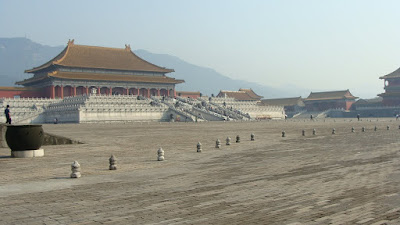 Posted by blackCABproductions at 11:16 AM