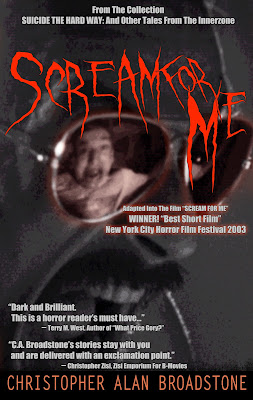 The grand and wise Facebook "Memories" algorithm dredged up a fine one today.  Indeed, here's an oldie but a goodie!

SCREAM FOR ME, written as a short story a million years ago, then several thousand years later adapted into a screenplay, and then eventually made into a 16mm short film (also directed and edited by good ol' me). A few years after that it won BEST SHORT at THE NEW YORK CITY HORROR FILM FESTIVAL. It also went on to play many international festivals, receive great critical acclaim, cause some viewers to walk out of the theater (lol!), and was released on a few compilation horror DVDs. Finally, it was released with my other two shorts, MY SKIN! and HUMAN NO MORE on the anthology 3 DEAD GIRLS! with many hours of extra featurette docs, photo galleries, and outstanding (and often hilarious) commentaries by myself and actor TONY SIMMONS, as well as special commentaries by EVE BLAACK (plublisher HACKER'S SOURCE horror mag) and CHRISTOPHER WEBSTER (Exec. Prod. for HELLRAISER, HELLBOUND: HELLRAISER II, SEVERED TIES, and others).

3DG is available on Amazon to this day, and the SCREAM FOR ME short story (along with the adapted screenplay) finally appeared in print in 2015 in my collection SUICIDE THE HARD WAY: AND OTHER TALES FROM THE INNERZONE, also on Amazon. Check the stuff out! Thanks! (Did I mention the book and DVD are available on Amazon?)

SUICIDE THE HARD WAY: SCREAM FOR ME –– Single-Shot To The Head Short-Story Series Book 05

In this psychological horror-thriller, in which one killer becomes the victim of another, Garrott Druck seeks the truth of what lies beyond death within the screams of the women he murders. Tonight, however, he will fall fate to a killer more insane than himself, and come face to face with the horrible truth that hides within the screams of his own violent death.


SCREAM FOR ME is the original short story adapted into the film SCREAM FOR ME: directed by Christopher Alan Broadstone and starring Gabriel Sigal, Lora Cunningham, and Tony Simmons. SCREAM FOR ME won BEST SHORT FILM at the NEW YORK CITY HORROR FILM FESTIVAL 2003. It is currently part of the anthology DVD 3 DEAD GIRLS! (Available on Amazon). 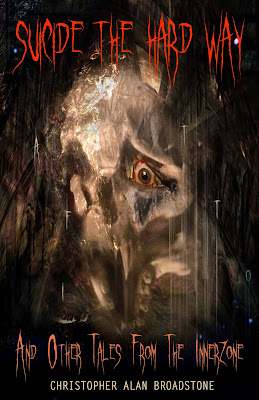 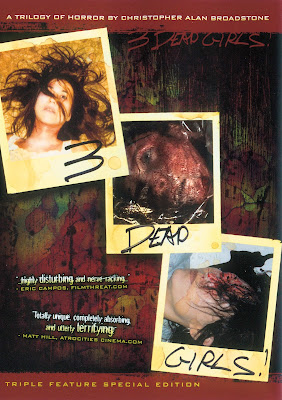 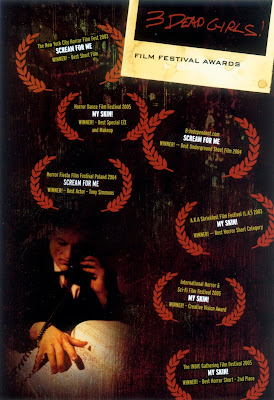 Posted by blackCABproductions at 11:51 AM