"Magician Harry Houdini was born in Budapest, Hungary in 1874. Between his breakthrough in 1899 and his untimely death in 1926, he thrilled audiences with dazzling illusions and death-defying stunts such as the “milk can escape” and the “Chinese Water Torture Cell.” Houdini was one of the 20th century’s first multimedia celebrities, and his unmatched skill and showmanship have since made him into a pop culture icon—so much so that his name is included in many dictionaries as a synonym for a clever getaway. Below, learn 10 surprising facts about history’s most influential magician." –– History.com

Learn 10 things you might not have known about HOUDINI
and also watch a short video about his Famous Scrapbooks.
Interesting stuff!

If the video won't play on the article page, just follow this link:
https://www.youtube.com/watch?v=RJSNjt_H1DY

Or
Watch the video here on Fishing For Avocados... 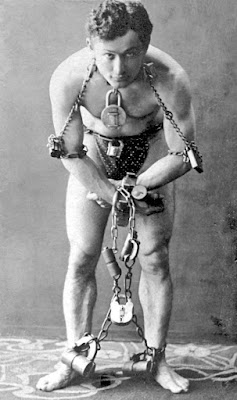 From WildAboutHoudini.com:
"Today marks the 100th Anniversary of the first public performance of Houdini's most famous escape, The Chinese Water Torture Cell. To celebrate this anniversary, here's a look back at the history of the cell and its 100 year journey from England to Las Vegas.

Houdini's first death-defying onstage water escape was his famous Milk Can. However, the Milk Can had a problem. It was widely imitated by other so-called "Handcuff Kings." By 1911 Houdini resolved to rectify this by creating a new effect that would be more expensive to replicate, more difficult to stage, and far more dangerous to perform. He called it The Water Torture Cell…"

Read much more about The Chinese Water Torture Cell on WildAboutHoudini.com:
http://www.wildabouthoudini.com/2012/09/the-chinese-water-torture-cell-at-100_21.html 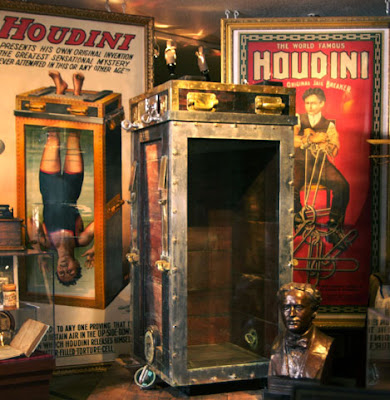 Learn a little about the scrapbooks Houdini put together
regarding other magicians and various interests, currently
housed at the HARRY RANSOM CENTER at
The University Of Texas At Austin. 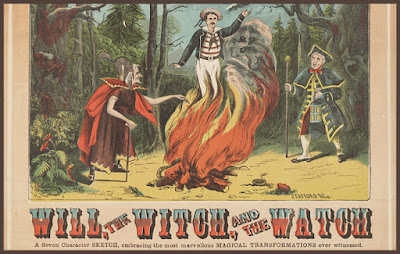 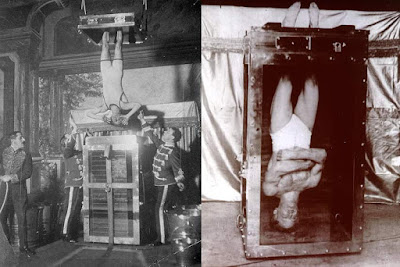 HAPPY HOUDINI DAY TO EVERYONE!
Posted by blackCABproductions at 1:33 PM