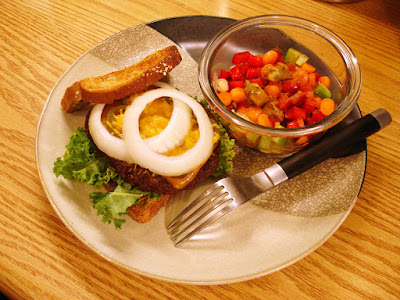 ALL NEW from Feast Frenzy @ The Horror Food Network!
Oh yeah! My low-calorie Spicy Jalapeno Cheddar Burger was a perfect storm of flavors. First form a ½-inch thick patty of 93% lean, ground beef, then place in the NuWave Oven and spice with garlic powder and Texas Gunpowder (http://www.sucklebusters.com/texas-gunpowder/texas-gunpowder-original-jalapeno-powder-2.75-oz/) and grill for 7 minutes. When finished, flip the patty and spice with more garlic powder & Texas Gunpowder, and now oregano, basil, and paprika––then cook for 6 more minutes (I like my burgers well-done, so cook to your own taste). When the NuWave Oven beeps, layer the patty with extra-sharp cheddar slices, then a layer of jalapenos and sprinkle with grated sharp cheddar––cook 1 more minute. Spread spicy brown mustard on two slices of Nature's Harvest 40-calorie bread (toasted). Next comes a hearty bed of kale, where you'll finally put that patty to rest. Add two slices of fresh brown onion and done! On the side is my own medley of diced raw veggies: red & green bell peppers, baby carrots, and green onions––all dressed with Kraft Fat-Free Italian and a bit of balsamic vinegar, then sprinkled with ground red pepper. This one turned out to be one of my tastiest!
Now How About Some Abandoned Castles
To Go With Your Burger? 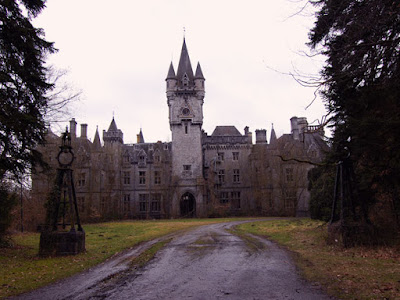 This neo-Gothic palace, also known as Miranda Castle, was erected in 1866 for the Liedekerke-De Beaufort family. They resided here until the rise of Nazi Germany and World War II. German forces occupied Chateau de Noisy during the Battle of the Bulge, as combat raged through the nearby Ardennes forest. The building was later used as an orphanage and a holiday residence for sick children. It has been uninhabited since 1991 and today stands in a sad state of disrepair, with crumbling ceilings and scorch marks from fire damage. 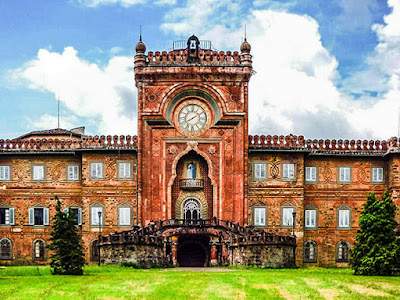 Venture just outside of Florence to behold this grand hilltop palazzo. Built in 1605 for the Ximenes of Aragon, it was remodeled in the late 19th century into a Moorish Revivalist style full of dazzling color and detailed patterns by Ferdinand Panciatichi Ximenes. It boasts 365 rooms and was a luxury hotel in the past century before slipping into abandonment. Efforts are reportedly underway to restore Castello di Sammezzano to its original opulence. 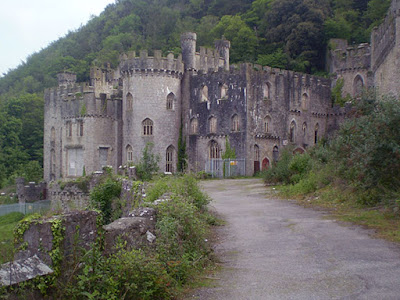 The original owners of this early 19th-century palace were the Bamford-Hesketh family. It was passed down to heiress Winifred the Countess of Dundonald, a patron of Welsh art and music. Her husband, the 12th Earl of Dundonald spent most of his time in his homeland of Scotland, leaving the Countess to entertain guests and happily manage the grounds on her own. Psychics today note high paranormal activity where the main entrance once stood, as well sightings of a young woman gazing out a window. Some believe the figure to be the spirit of a servant girl; others say it’s the Countess herself. 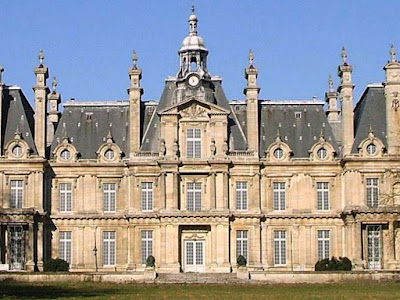 Surrounded by the lush greenery of Carnelle forest, this striking chateau dates back to 1876 when the Duke of Massa had the castle constructed in the likeness of Chateau de Maison-Laffite. It served as an infirmary in the 1930s, but as modern drugs emerged to treat illness, its number of patients dwindled. In 1992, the chateau was shuttered completely. A restoration is currently in the works, but that doesn’t seem to stop curious visitors from finding their way inside. 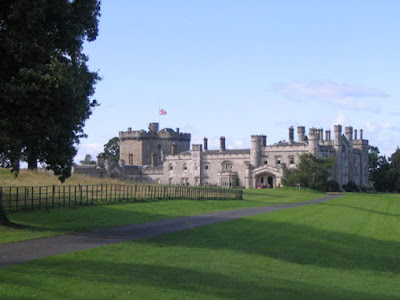 Dundas Castle : Roscoe, New York
Nestled in New York’s Catskill Mountains is Craig-E-Clair Castle, or Dundas Castle. Ralph Wurts-Dundas began construction of the dwelling in 1915. The Gothic exterior and fairytale appearance hid the luxuries within—porcelain tile work, marble flooring, electricity and radiators in many of its 36 rooms. Sadly, Dundas passed away in 1921 before construction was complete. A year later, Dundas’ surviving wife was committed to a sanitarium, and his young daughter lost the family fortune to greedy castle caretakers. The space was used as a children’s camp and a Masonic retreat house in subsequent years. While the Masons still own the property, the castle has certainly seen better days. 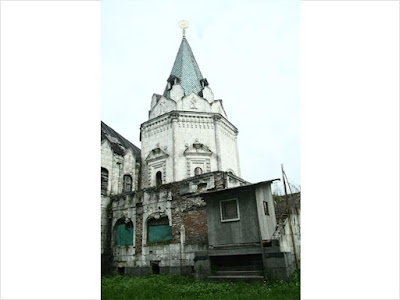 The legend of Muromtzevo Castle dates back to the late-19th century, when a Russian nobleman put the skills of a great architect to the test. Vladimir Khrapovitsky had just returned home from France and was incensed that a Frenchman declared Russia to be an inferior country. So Khrapovitsky hired architect P. S. Boitzov of Moscow to design a grand estate. Boitzov responded with a palace in the style of a medieval German castle, replete with French touches, horse stables, and a pond. Unfortunately for Khrapovitsky, the growing unrest of the Russian Revolution at the turn of the century forced him to flee and live out his final days in poverty. The palace was used as a college and a hospital in subsequent years. Today, it stands in ruin. 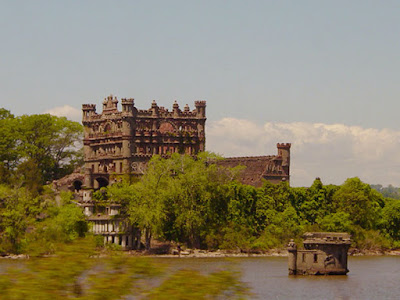 Bannerman Castle : Cold Spring, New York
Scottish immigrant and army surplus businessman Francis Bannerman VI purchased Pollepel Island on New York’s Hudson River in November 1900. Whether he knew it or not, Pollepel possessed a sinister reputation; Native Americans believed the island to be malevolent and avoided it at all costs at night. The eccentric Scot moved forward with his purchase, designing a Medieval castle that eschewed right angles. The massive structure served as a surplus storage facility—the Bannermans owned millions of rounds of ammunition, having bought up mass quantities of military weaponry in the wake of the Civil and Spanish-American Wars.

In 1918, Bannerman passed away. Misfortune befell the castle soon thereafter. In 1920, a large ammunition explosion destroyed a portion of the complex. In 1969, a fire destroyed more of the building. In 2009, approximately thirty percent of the castle’s front wall collapsed. Today, the ruins of Bannerman Castle are officially off-limits to the public, though guided hardhat tours are available through the Bannerman Castle Trust.
Posted by blackCABproductions at 4:17 PM