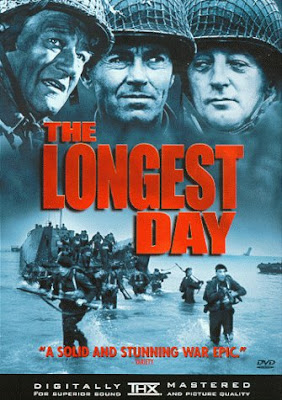 I finally got around to watching the WWII epic chronicling the D-Day invasion of France, THE LONGEST DAY (1962).  I'm an admitted WWII buff and enjoyed the film quite a lot –– talk about star power!  The cast list is impressive: John Wayne, Henry Fonda, Robert Mitchum, Richard Burton, Peter Lawford, Eddie Albert, Roddy McDowall, and the list goes on. 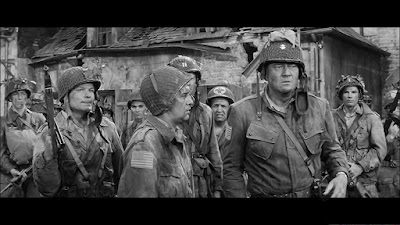 But what impressed me most about the THE LONGEST DAY, as a filmmaker myself, was the beginning of the battle at Ouistreham, France.  The shot is an amazingly long, single-take, helicopter sequence of events lasting 1-minute and 25-seconds.  Unbelievable!  For even modern films that like to push the single take limit, 1:25 is an outstanding effort. 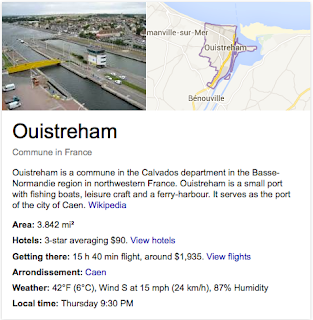 Just watch this superior shot that opens the video clip from the Ouistreham battle.  I can't imagine the time it took to choreograph all the actors, explosions, and gunfire to land right on cue with the movement of the helicopter and camera.  This is a shot you don't want to do more than once. A do-over would require at least a couple days or more to reset for a Take-2.  And no telling what it would cost.  Again, quite outstanding work.

SOME STILLS FROM THE OUISTREHAM BATTLE

Posted by blackCABproductions at 1:18 PM