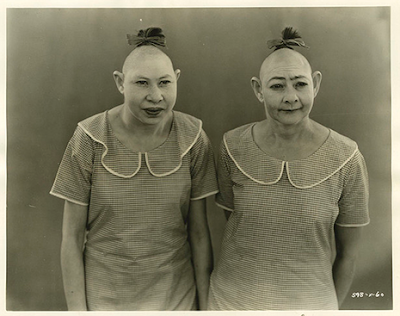 TODD BROWNINGS'S 1932 film FREAKS is not for everyone, but has reached cult status and is a proud part of my DVD collection.

has earned its place in history as one of the all-time great cult films, though it wasn’t always beloved. The film was reviled by both critics and audiences upon release in 1932. It was a career-killer for Tod Browning, who had previously been a Hollywood golden child with a string of Lon Chaney hits under his belt and who had just come off the enormous success of Dracula

Check out the rest of the article and cast portraits here:
http://dangerousminds.net/comments/gorgeous_cast_portraits_from_tod_brownings_freaks_1932 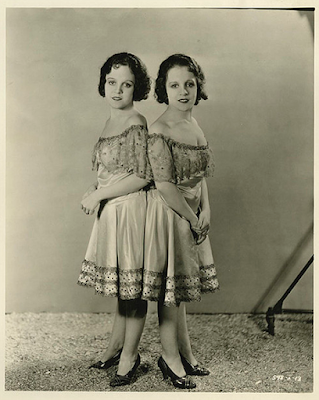 " The Famous Hilton Twins –– Daisy and Violet"
Posted by blackCABproductions at 10:36 AM