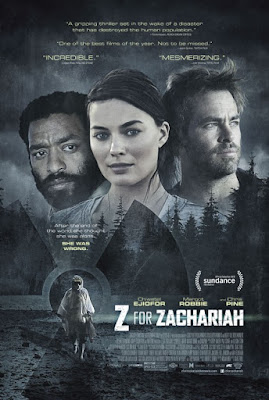 The easiest way to describe this film is with the old cliché: Two is company and three is a crowd.  But Z FOR ZACHARIAH (based on the novel by Robert C. O'Brien) is so much more.  It's like watching the calm, pristine surface of pond and then sinking into the somber tension and turmoil below.  I think the reason the movie has received such poor reviews on Netflix (barely over 2 stars) is because most people were expecting the "Z" in the title to stand for "Zombies".  No such luck here.  And thank god!  The story is an apocalyptic one, but Z FOR ZACHARIAH is about a real world experience where nuclear radioactivity kills everyone but...you.  Then somehow you keep going.  But suddenly one day there is another survivor, and one becomes two.  All seems like life will be ok again.  As ok as it can be in a world with no more electricity.  But then comes still another day, and now there are three.  Hmmmm...as with "three is a crowd", the "party" goes sour soon enough.  Adam and Eve are perfect and innocent in the Garden of Eden, but only until the third party slithers in –– the poisonous serpent –– wearing a guise of humility and sincerity before slowly, yet inevitably, rearing its ugly head of temptation and sin.  This is the simple truth in Z FOR ZACHARIAH. 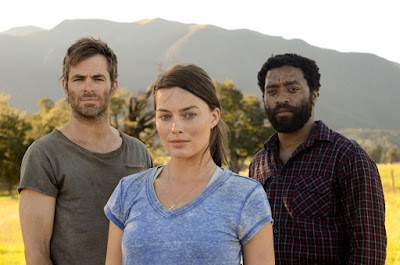 
Many films take me places –– and I've always strived to do that with my own films –– but Z FOR ZACHARIAH was so simple I felt a part of it.  I wish I had made it myself –– to write something so complicated, yet so uncomplex.  It was so human.  It was so me, in so many ways.  Especially emotionally, in the way I'm feeling over this Christmas weekend.  Somber, melancholy, lonely, wondering where I'm going from day to day.  Nothing seems right, but everything is somehow as it should be.

The music from Z FOR ZACHARIAH really touched me as well –– an amazing score by composer HEATHER McINTOSH, who I was not previously familiar with. 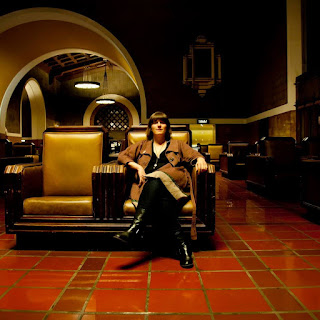 Again, so somber and melancholy, so lonely and truly beautiful in it's stark melodies on single piano, or strings with a focus on the cello.  Gorgeous.  I needed a new film score to help me through this time.  And this score is how I've been feeling for a while now –– it seems, ever since I started writing my never-finished new short story A CATCH IN TIME.  This score is also my main character in that tale.  Time and time again, I swerve, spin, and fall into my characters and the flow of my life tends to mimic them more than I ever mean for it to.  I think this one is coming at a higher price than usual.  I hope I can stream all of the turmoil and emotion where it needs to go.  But now I just realized I've veered off course and have only been talking about myself and not the film Z FOR ZACHARIAH.

MARGOT ROBBIE, our Eve (and who I was already in crush with from the THE WOLF OF WALL STREET) is very good and, to me, extremely beautiful in a rustic, natural way.  Normally Bond-girl, sexy chic with her native Australian accent, we get to hear Margot flex her acting skills with a southern US, farm girl twang that sounds spot on to my Oklahoma/Texas ear.  Also, be looking for her in the upcoming BATMAN offshoot, SUICIDE SQUAD, playing the part of the very sexy, but very dangerous punkette, HARLEY QUINN. 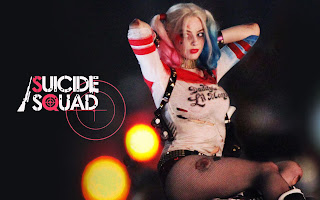 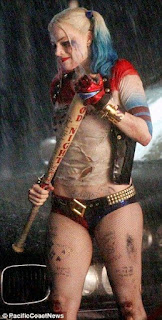 Our Adam in this Garden of Eden is CHIWETEL EJIOFOR (recently SECRET IN THEIR EYES) and is brilliant as usual.   Always a heartfelt and deeply tormented perfomance from Mr. Ejiofor. 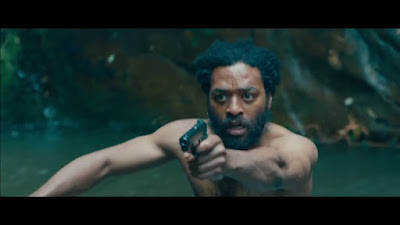 The Serpent slithering into paradise is CHRIS PINE (Captain Kirk from the recent J.J. Abrams STAR TREK films) and is very solid as the rugged, good-looking troublemaker. 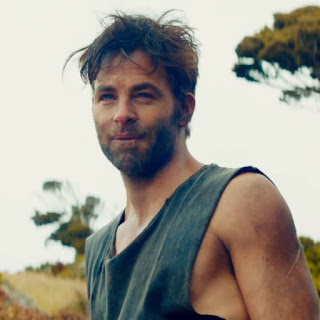 Z FOR ZACHARIAH is a film about an unusual friendship, and an equally unusual love affair; in a pre-nuclear fallout world it would likely have never happened at all.  Which is sad to think about, in itself, but that's life.

Personally, I highly recommend Z FOR ZACHARIAH.  But only if you are looking for a very human story about one, then two, then three finding each other somewhere at the end of the world as we know it.  And how just one little addition can throw perfection out of balance.  Possibly forever.

Posted by blackCABproductions at 10:43 AM