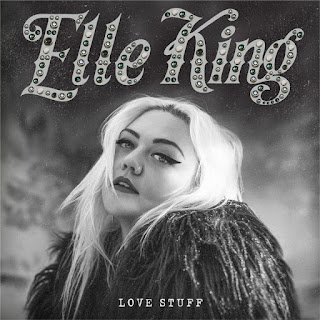 A friend turned me onto a new musical artist, Elle King, in a recent Facebook post.  I quickly decided I really liked her tunes.

A bit of trivia: Elle King is comedian Rob Schneider's daughter. Oddly enough, my first all-original band ABOUT 9 TIMES was the closing act for comedian Dennis Miller at a show in Dallas, way back when. I hung out before the gig, chatting with the comedian who was opening for Dennis Miller on his tour.   A really nice guy.  His name was Rob Schneider.  Alas, I again brush elbows with the up-and-coming, yet I just spin my tires.  Or when traction does take, I usually just rocket straight toward an immovable wall.  Love the lyrics to Elle's song LAST DAMN NIGHT.  In many ways I've lived my life this way, but in other ways I haven't lived this way enough.  Maybe that's my problem. Hmmmm...

WHERE THE DEVIL DON'T GO:
https://www.youtube.com/watch?v=twpVwbw0DvM

Posted by blackCABproductions at 8:14 AM