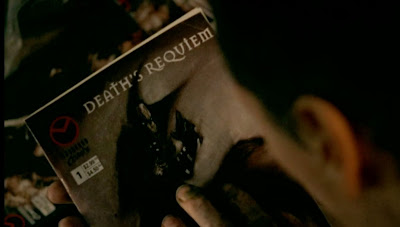 DEATH'S REQUIEM! (An Indie Must Watch!)

As I've said more than once, there's an amazing actor out there in the Land Downunder (meaning Australia not Hell. 3:) ). I very recently ran across my fav film and performance of his, to date, on YouTube. The actor's name is Jai Koutrae, and once I saw him in this short film at SHRIEKFEST 2007 (although I met Jai years before that), I knew he was perfect for many roles in my future films (if there would ever be anymore).

This short is a small commitment, running at about 30 minutes, but it's well worth it. Outstanding production value and directing by Marc Furmie. The film also boasts a special appearance by Bruce Spence (The Gyro Captain from MAD MAX: THE ROAD WARRIOR & BEYOND THUNDERDOME).

So please give this dark, psychological flick a viewing. Grab some popcorn, light a candle, turn out the lights, and take a little trip into the macabre. It's Halloween month. 3:)