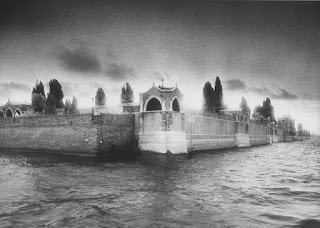 THE ISLAND OF THE DEAD: Isola de San Michele, Venice Italy.
Quite a cemetery, this one. 3:)
San Michele is an island in the Venetian Lagoon, in northern Italy.
It was selected to become a cemetery in 1807, designed by Gian Antonio Selva, when under French occupation it was decreed that burial on the mainland (or on the main Venetian islands) was unsanitary. The canal that separated the two islands (San Cristoforo della Pace & San Michele) was filled in during 1836, and subsequently the new, larger island became known simply as San Michele. Bodies were carried to the island on special funeral gondolas.
AMONG THOSE BURIED THERE ARE: Igor Stravinsky, Joseph Brodsky, Jean Schlumberger, Christian Doppler, Frederick Rolfe, Horatio Brown, Sergei Diaghilev, Ezra Pound, Luigi Nono, Catherine Bagration, Franco
Basaglia, Zoran Mušič, Helenio Herrera, Emilio Vedova, and Salvador de Iturbide y Marzán. The cemetery is still in use today. 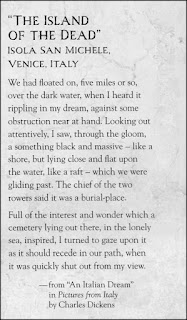 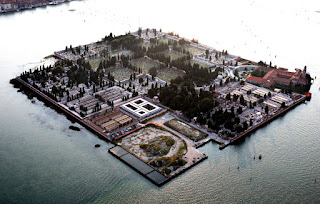 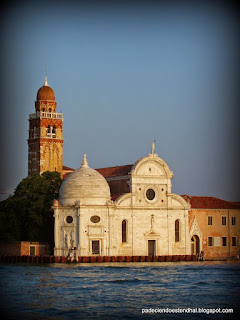 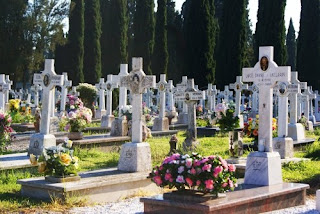 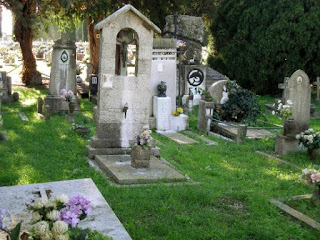 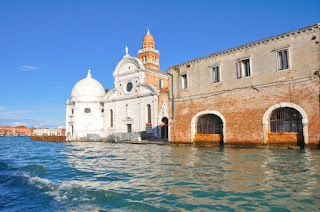 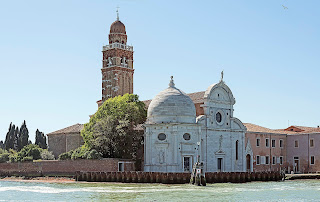 Posted by blackCABproductions at 7:56 AM