Netflix has put up some great original UK crime/detective shows in the not so distant past. The ones I highly recommend you track down are: RIVER, THE FALL, and MARCELLA. All are about very flawed and scarred detectives who are expert and unique at what they do best––find the killer or killers––but are constantly fighting their own personal issues, which can be stumbling blocks.  Find the trailers for all three shows below.

RIVER stars the excellent, Swedish born STELLAN SKARSGARD as a London detective who has suffered extreme trauma regarding the deaths he's had to face in his life.  But for most of his life he's seen what most of us would call ghosts, but which he can only describe as "manifests". 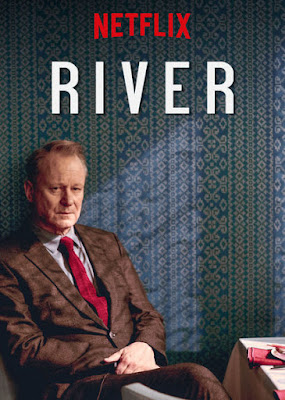 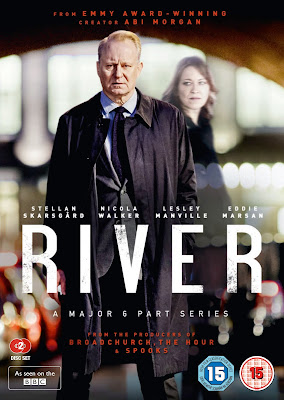 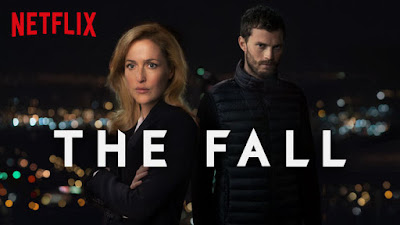 THE FALL stars GILLIAN ANDERSON of X-FILES fame.  She's a high-ranking British detective called to Belfast, Ireland, to help solve a recent murder that turns out to be a serial killing.  What's wonderful about this show is that the viewer knows from the beginning who the killer (played by JAMIE DORNAN) is and we fallow his double life in a parallel, and often overlapping, story as GILLIAN ANDERSON, as Detective Stella Gibson, tries desperately to find him before he kills again. 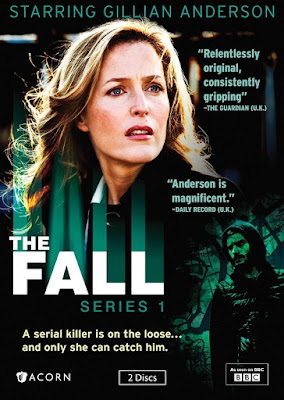 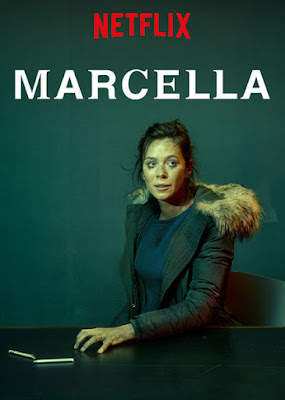 MARCELLA (played by ANNA FRIEL) is quite outstanding.  She is a woman whose husband suddenly leaves her and, consequently, decides to return to detective work with the London Metropolitan Police after an 11 year hiatus.  She enters a world of on-line dating, prostitution, and the dubious dealings of her husband's employers while trying to save her marriage.  But what makes her character interesting is that she suffers from extremely violent fugue states.  When she comes out of them she has no memory of what she has done.  As she tracks down a serial killer who has resurfaced after she hunted him 11 years previously, she is terrified she might also be a murderer.  In fact, we the viewer don't know, and the show leaves us constantly guessing how many possible killers there really are. 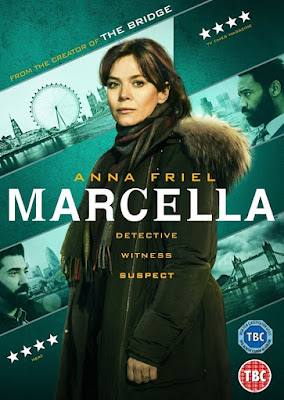 Posted by blackCABproductions at 10:49 AM