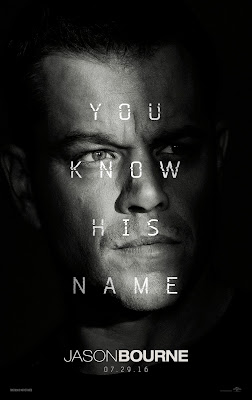 Saw JASON BOURNE this morning at the cheap show and very much enjoyed it!
We again find poor, distraught, lonely, silent-type JASON BOURNE (MATT DAMON) still tweaking his memory and uncovering still more clues to his original identity as David Webb. And, of course, the agency (fronted by TOMMY LEE JONES & ALICIA VIKANDER) that created him is again out to get Bourne back or "take him out", as they like to say––and they don't mean to a candlelit dinner. 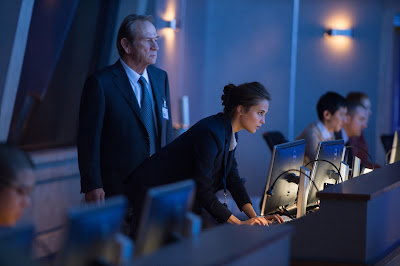 There is an excellent car and motorcycle chase to look forward to, as well as an outstanding example of the smash-em-all-to-hell fun you can gave with a SWAT vehicle pursuit near the climax of the film. 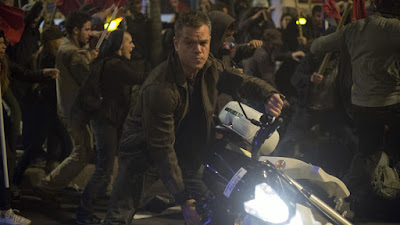 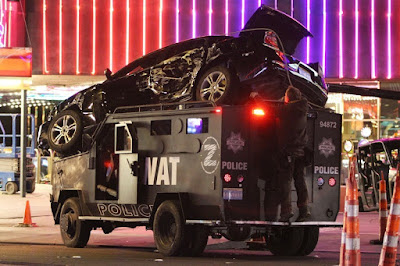 All that being said––Director PAUL GREENGRASS is back with his relentlessly jerky (sometimes zoomy) let-me-show-you-everything through a limited, no peripheral-vision allowed, spyglass close-up on the action shooting style. Shwoo! It does get on my nerves just a bit at times. Especially when he's also constantly challenging me to read phone texts while the cell-screen is bouncing around the frame. If you suffer from motion sickness, you might want to skip this one (or any of the Bourne films, for that matter). But if you love rollercoasters and deep-sea fishing in rough weather, you 'll be very pleased indeed.
All-in-all, JASON BOURNE is a film with a taut story, solid acting, and non-stop action from the first frame. Those of you suffering from BOURNE-ivorous cravings, your misery is over, your hunger will be satisfied!
Enjoy the JASON BOURNE trailer here:
https://www.youtube.com/watch?v=HOQh9KwJqwg 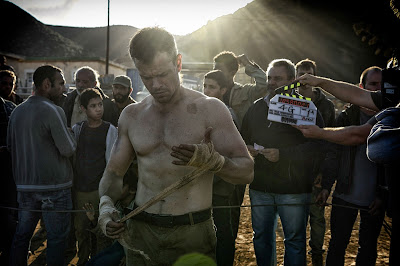 Posted by blackCABproductions at 3:03 PM