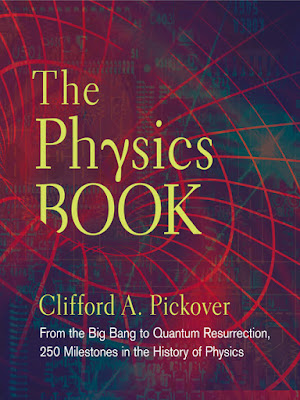 THE PHYSICS BOOK is a great tome I picked up a couple years ago and which I'm still reading.  Some pretty heavy thinking in these pages.  Sometimes too mathematical for me, but when physics gets philosophical I love it––String Theory, Chaos Theory, Relativity––and it spurs my imagination to dream up new tales of the macabre and bizarre. 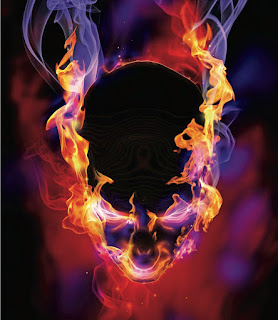 "We may regard the present state of the universe as the effect of its past and the cause of its future. An intellect which at any given moment knew all of the forces that animate nature and the mutual positions of the beings that compose it, if this intellect were vast enough to submit the data to analysis, could condense into a single formula the movement of the greatest bodies of the universe and that of the lightest atom; for such an intellect nothing could be uncertain and the future just like the past would be present before its eyes." –– Marquis Pierre Simon de Laplace (French Mathematician 1749-1827

Enjoy a page dedicated to LAPLACE'S DEMON.
(Click on image to read.) 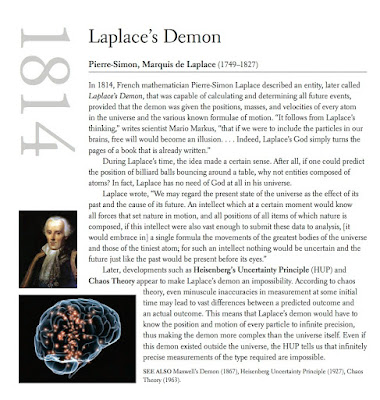 Posted by blackCABproductions at 8:20 AM